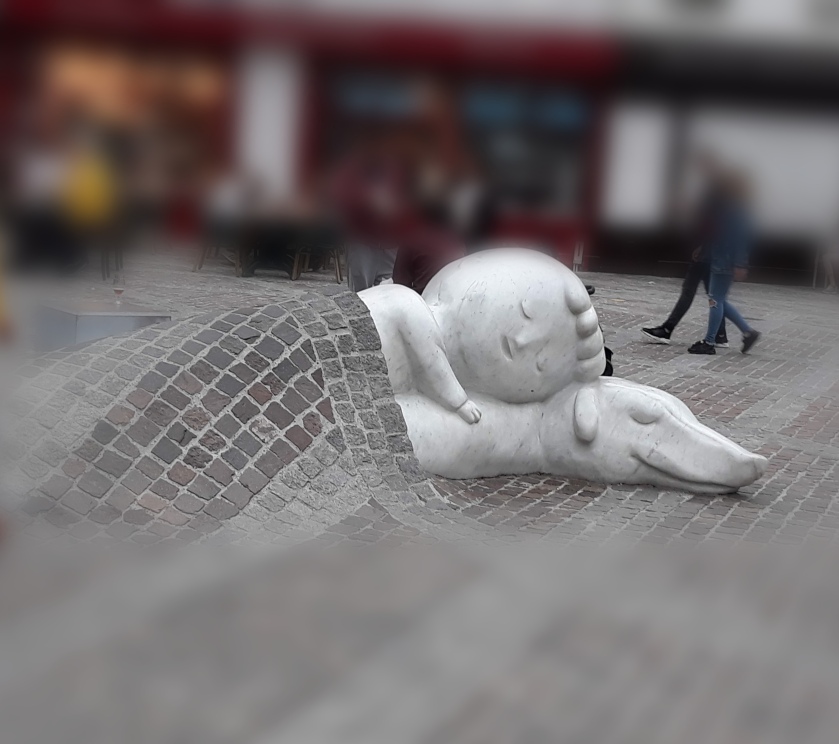 The monument of boy, Nello and his dog, Patrasche, sleeping under a cobblestone blanket is seen in front of Antwerp’s cathedral. This monument is designed by artist Batist Vermeulen.

Nello and Patrasche
Nello and Patrasche are the main characters of novel, A dog of Flanders written by English author Marie Louise de la Ramée, in 1872. Many movies and animations have been adapted from this novel. It is a Christmas story of love and unconditional friendship.

Story behind the novel
In Belgium, an orphan boy named Nello, finds a dog, who was almost beaten to death. Nello named the dog as Patrasche. It was impossible to separate Nello and Patrasche. Nello helped his grandfather in selling milk. Patrasche would accompany Nello, by pulling cart into town every mornings.
Nello was interested in painting and also had tried to make a living with it. During Christmas, Ruben’s painting exhibition was held in Antwerp cathedral.  Because it was a paid exhibition he was not allowed to enter. But the doors where anyway open on the night of Christmas Eve. The next day the boy and his dog were found frozen to death in front of the triptych.