Maastricht is a city located in south east of the Netherlands. Some of the main attractions of Maastricht includes Christmas market, the university, man-made caves and river Meuse (dutch: Maas). In the valleys of river meuse is mount saint Peter, which is rich in limestone, an excellent building material. From about 1000 years, the mountain was used by miners for excavating this limestone. Digging of mountain by miners led to unique caves or tunnel system, which was originally about 200km and has now reached to only 80km. Maastricht has two such underground caves in the hills of mount Saint Peter, namely, North caves and Zonneberg caves. These man-made caves were used as refuge during world war II. It provided shelter to nearly 50,000 people during that time.

Our experience:
The caves are easily accessible by bicycle, car or boat. Several guided tours are offered at the beginning of the tunnel in different languages. One can also visit 18th century Saint peters fortress built on the mountain. We visited Zonneberg cave during autumn. It was very dark inside and the only available light in cave was a lantern from the guide. The caves had charcoal drawings on the walls by artists and visitors from the past. The temperature within the cave is always ~10 degree celsius, irrespective of the weather outside. 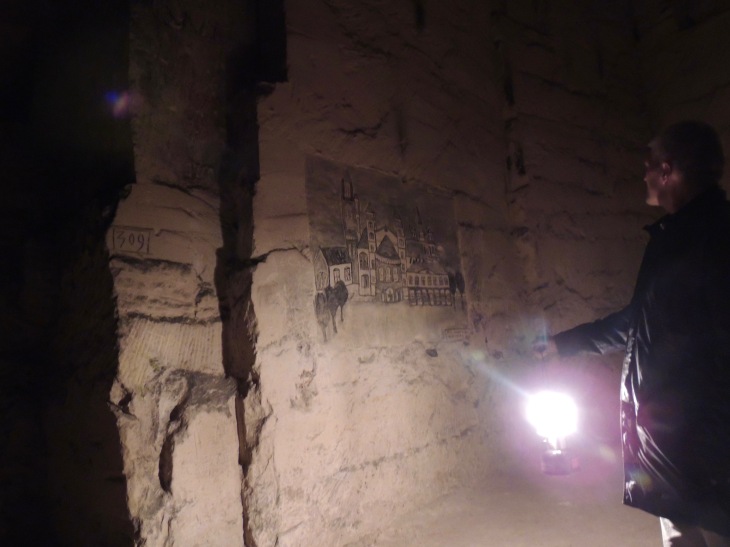 Several compartments were done within the caves by people who took shelter during the world war II. For instance a bakery and chappel is still visible in the caves. 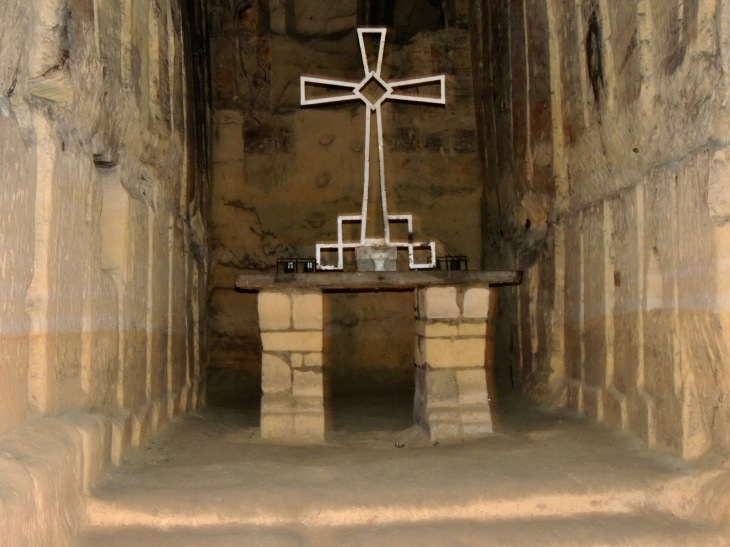 Most interesting drawing on the walls of cave, was of a sea reptile, Mosasaur. These reptiles are extinct group and the first fossil was discovered in Maastricht near Maas river.

Man-made caves in Maastricht is a unique destination for people interested in adventure and history.